Reality star, Cross has finally spoken, following a full n*de video of himself on Snapchat, which has since gone viral on the internet.

We reported that the Big Brother Naija ex-housemate has shared his hot body on his Snapchat story, which included his massive John Thomas, before deleting it eventually.

However, in an interview on TVC, the BBNaija Season 6 ex-housemate revealed that it was a simple mistake and he did not know that the Snapchat app has changed many of it’s features.

According to Cross, he is new in the Nigerian entertainment industry, and while he wants to be himself and have a good time, he’s been told several times that there are things he shouldn’t do and it’s been overwhelming for him. 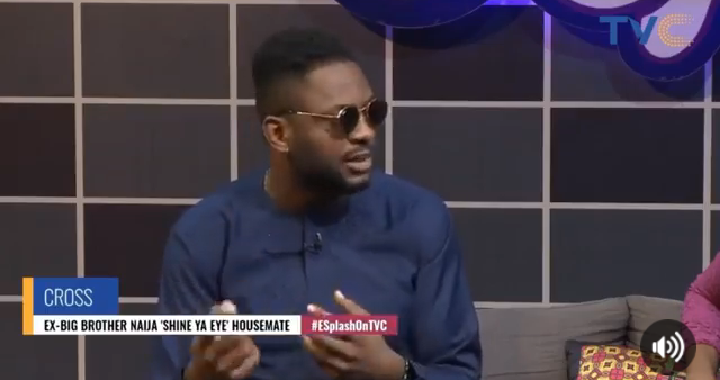 He then tendered an apology for whatever narrative the n*de video of him, has been getting from his fans and Nigerians.

When asked if he was chasing clout with the video, Cross maintained that it was a mistake and that he would rather have money than fame.

Watch the video below:

“I feel like I can touch the inner part of women whenever I talk to them, they are so…

Davido gives his security entourage a new name, expresses confidence in them

“My mood today”, Wizkid reacts to Makola women dancing in the center of the market