Good women are hard to find, you have to steal one from her man – lady

By Eli Alfred On Oct 27, 2021
0
Share
Reality star, Venita Akpofure has taken to social media to tell men who’re single and searching, that good women are hard to find in society.

According to the reality TV star, due to the scarcity of good women, men who are in search of such ladies of admirable value would have to steal them from their lovers.

Venita Akpofure however, noted that the type of man who should lose such a cherished woman to another man is one who misbehaves.

The businesswoman took to her official Twitter page on Tuesday, to dish out the advice to men. 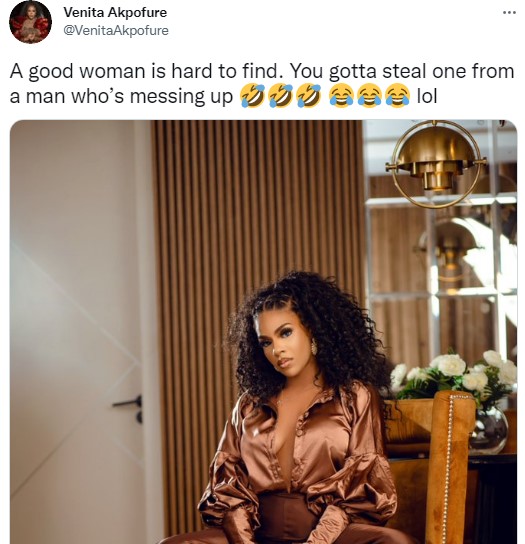