By Eli Alfred On Oct 22, 2021
0
Share
A young Nigerian graduate has taken to social media to lament his predicament after relocating to Lagos five years ago in search of greener pastures.

The man identified as @Alinwakingsley on Twitter, disclosed that he was advised by his friends to move to Lagos to find a job and eventually become successful.

However, since his arrival to the commercial city of Lagos state, he has been selling popcorn due to his inability to get a jo 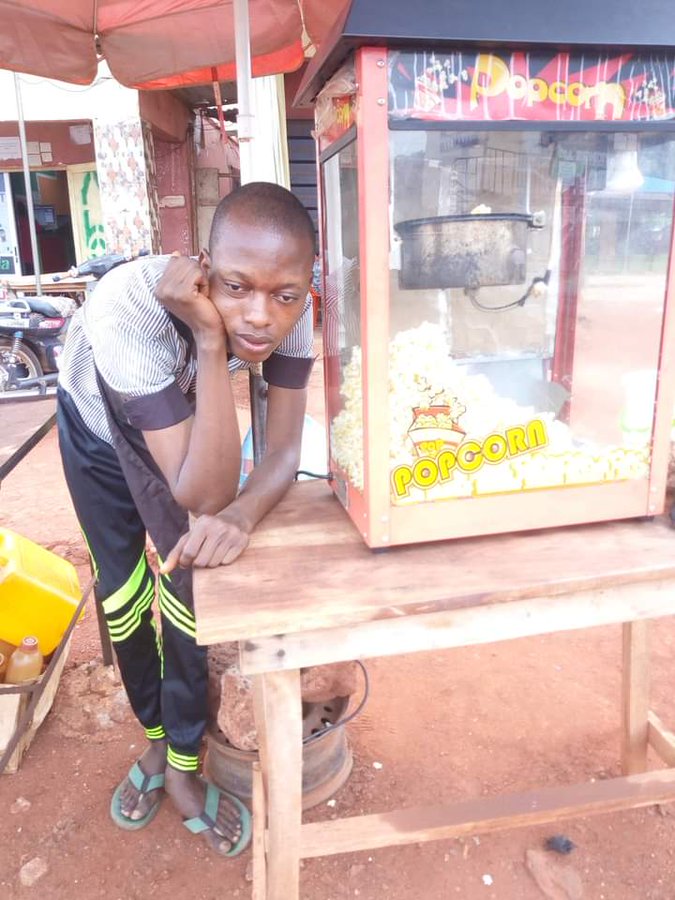 “And my friends told me, come to Lagos, you will make it, but I have been in this Lagos for 5yrs na only popcorn ? I dey fry,” he tweeted. 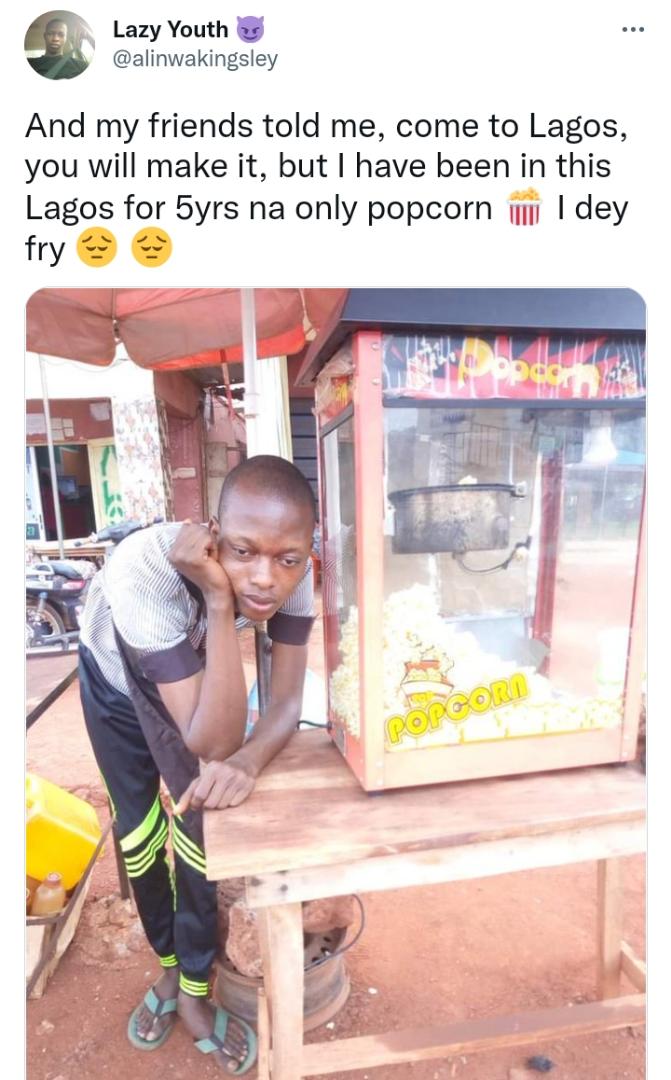