Heartbroken man takes to social media to narrate a bitter experience with his long-time friend that snatched his woman.

According to the young man who shared his story via an anonymous source, his long-time friend and the lady in question spent the night together on his couch watching movies in his house when the duo began kissing.

Read his narration below …

“Good evening sir, I’m on the verge of ending a friendship with someone for a babe and I just want to know if it’s worth it. Met this babe sometime ago and invited her over “unfortunately” my guy was around the day she came for a sleepover.

She was the movie type like my guy (I’m not) and used that as an excuse to be with the guy all night. Woke up to the sound of kisses at midnight and my head nearly burst. IN MY OWN HOUSE

I’ve blocked the babe on all platform and still tried to keep my friendship with this guy going since he apologized.

Long story short, these guys have been texting and dating behind me after the incident, found out today when a colleague asked him of his “babe” and mentioned the girl’s name. I’ve been thinking of dropping this guy too like block him everywhere and trash our years friendship.” 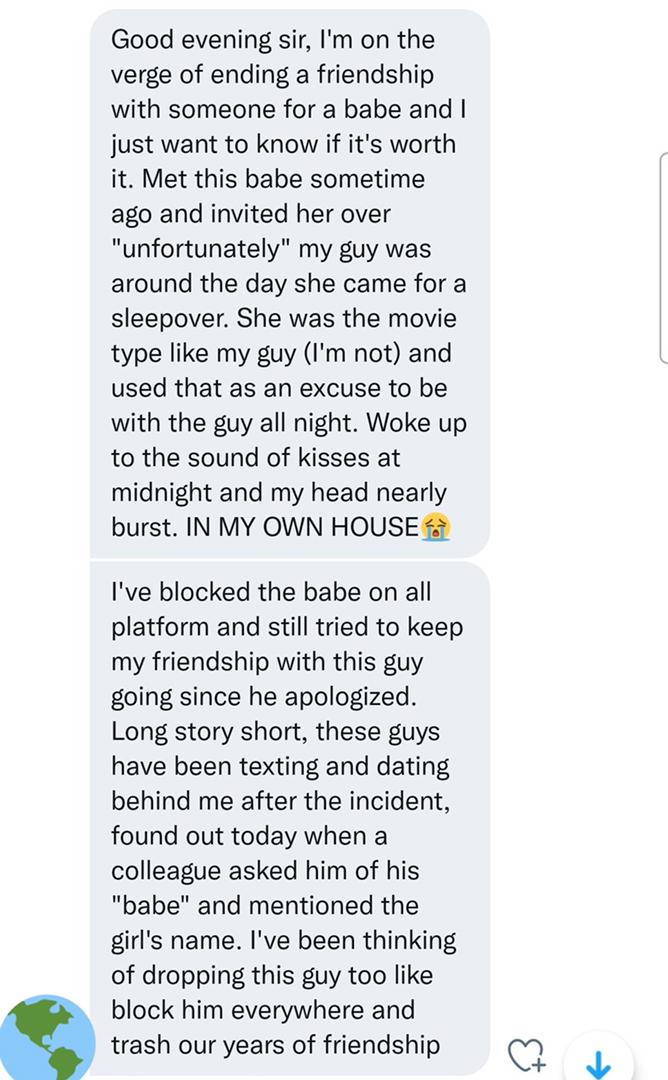