Students of the Geography department, Federal University Lokoja have been thrown in mourning after two students from the department reportedly passed on hours apart.

Mary Mathias, a 400 level student of the aforementioned department died at FMC Lokoja after being bedridden from an undisclosed ailment early on Thursday, October 28.

Barely hours apart, MaryJane Imaobong, a 300 level student of the same department who had put up a post to mourn the passing of Mary Mathias, got involved in a fatal accident that claimed her life. 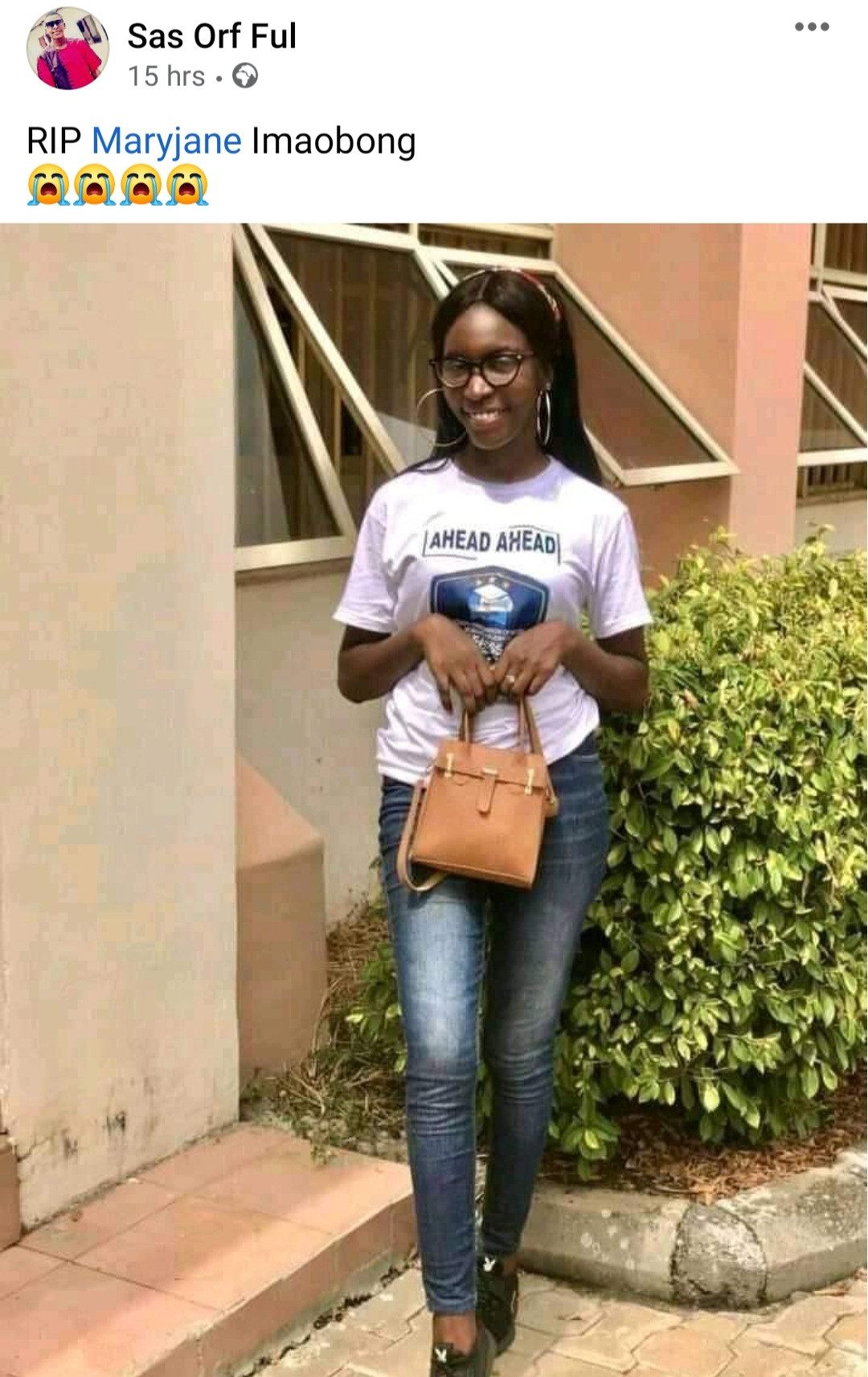 MaryJane Imaobong who was reported to be on a bike at the Felele area of Lokoja, Kogi State, lost her life after the bike collided with a J5 lorry.

See posts from students mourning the loss of these students below … 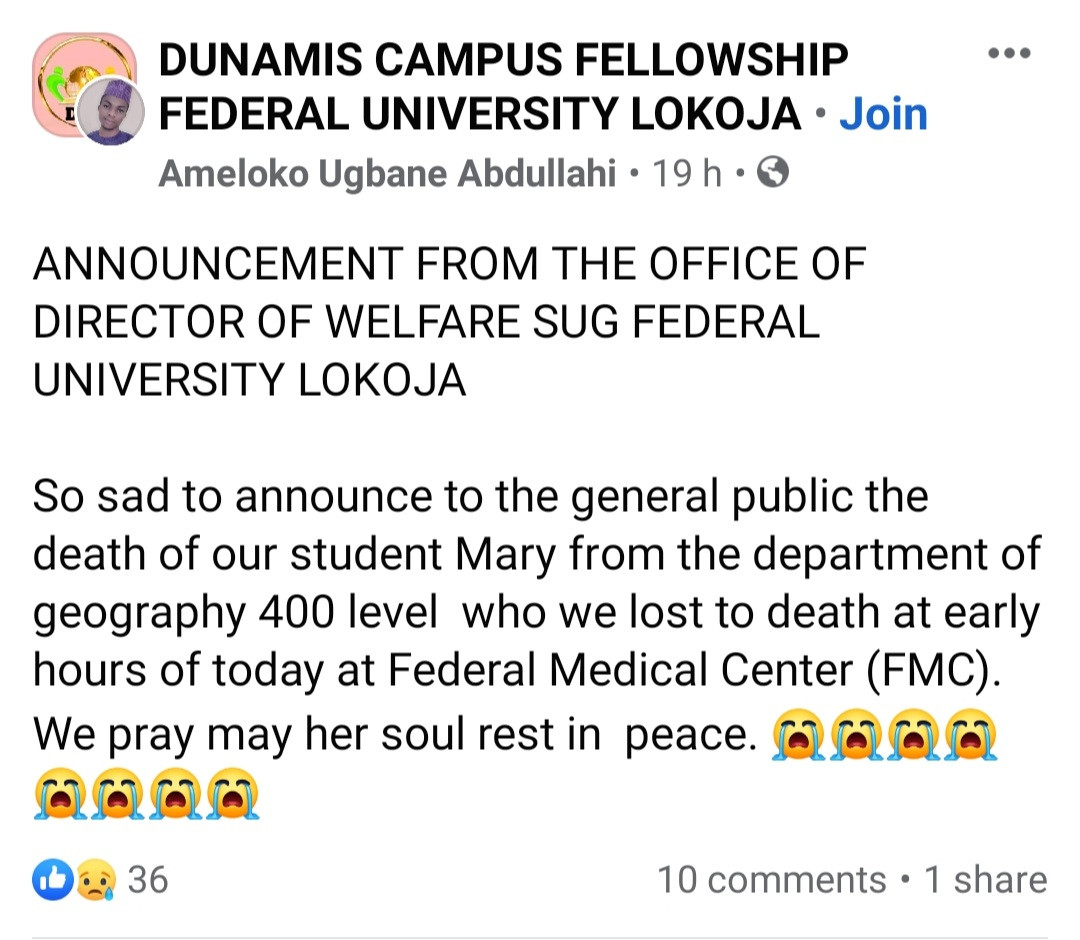 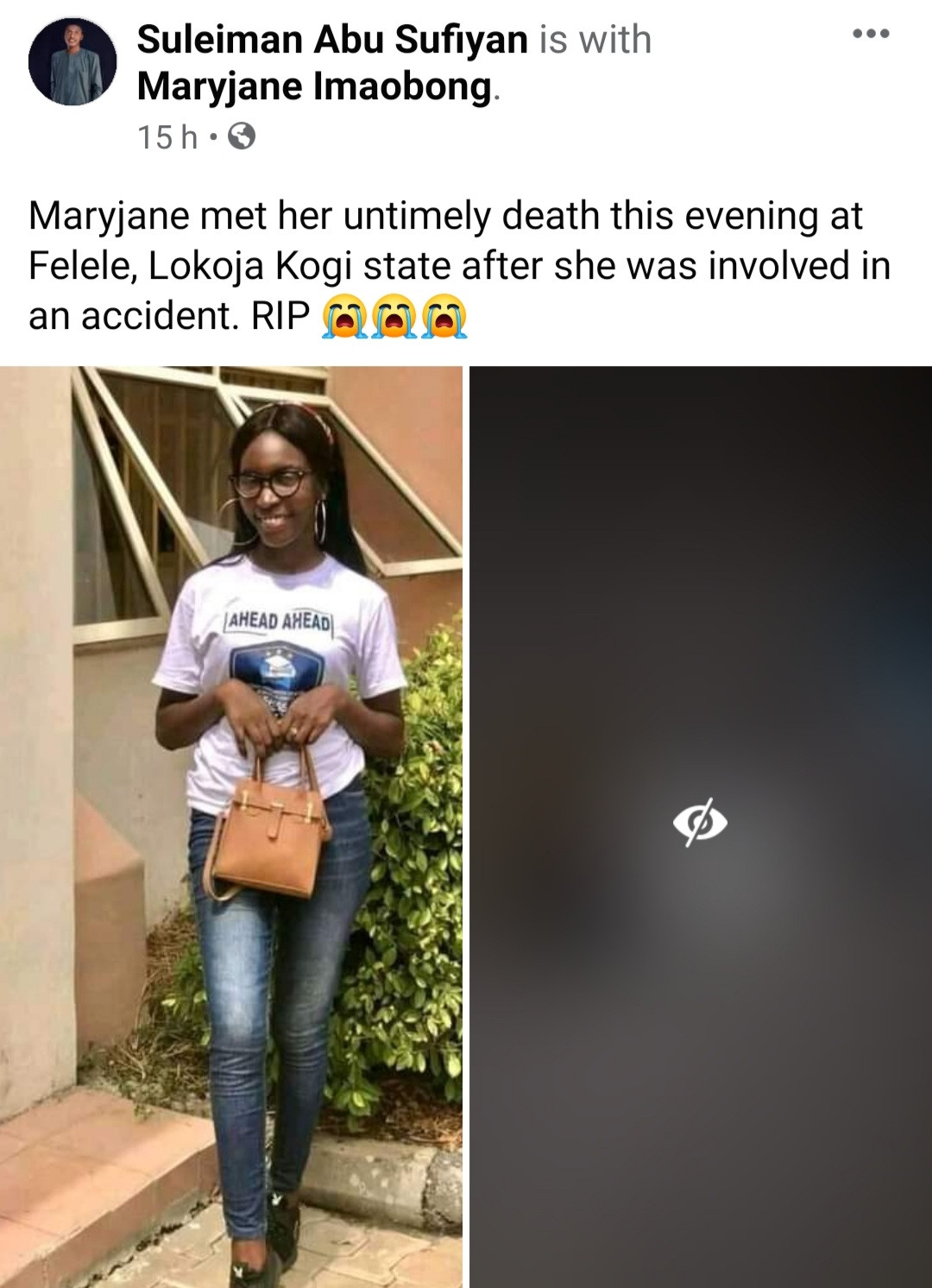 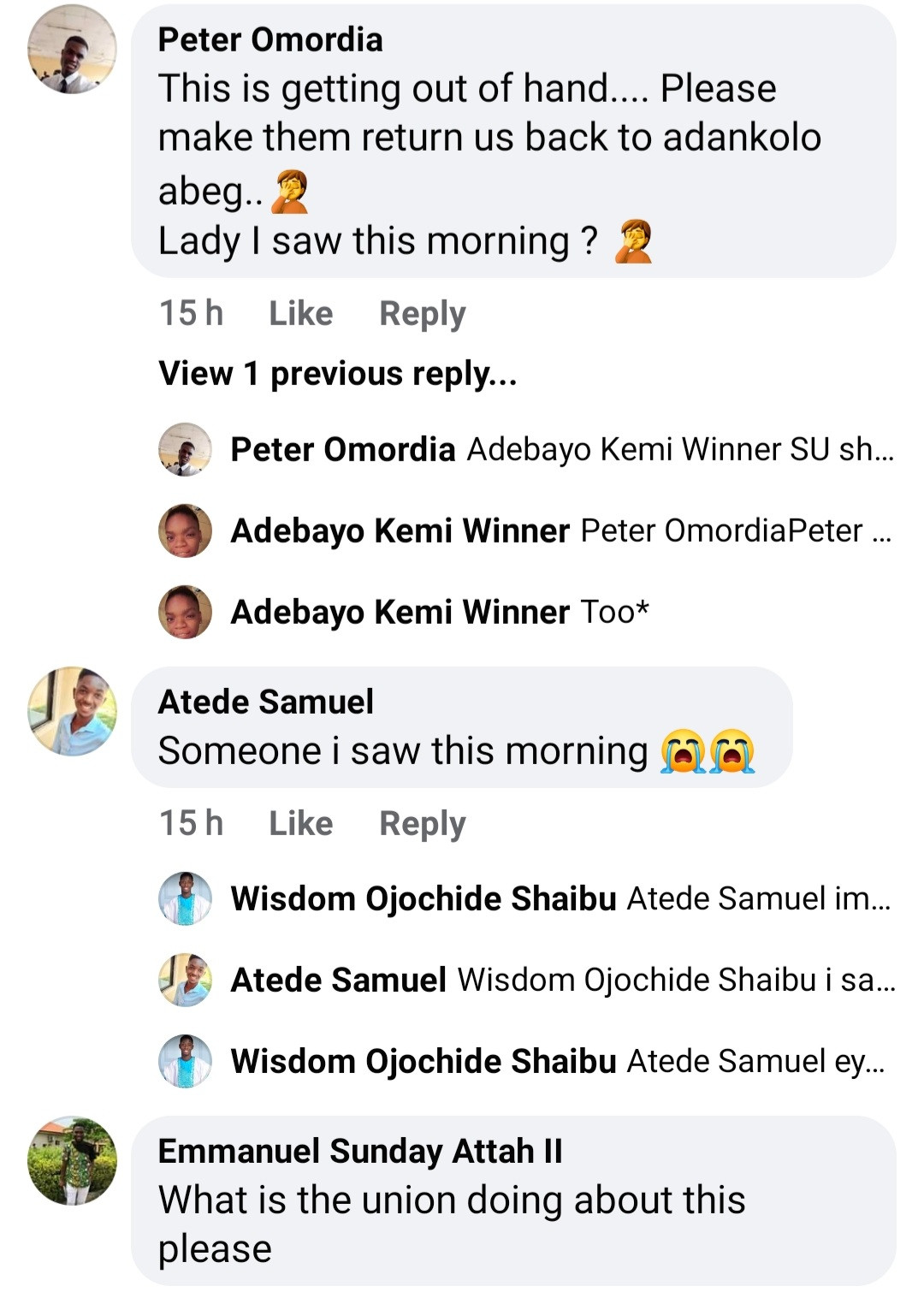