Maria works for her money, she has been flying with Emirates for years

The brother of Kelvin(alleged lover of Maria and Cubana Chief Priest’s sister’s husband) has insisted that the BBNaija star, Maria Chike is clean of all the allegations levelled against her by Cubana Chief Priest relating to husband-snatching.

In an Instagram live video, Kelvin’s brother described Maria as a hardworking individual whose efforts have gotten her this far. According to him, Maria who is known to be an air hostess has worked with Emirates airline for years and puts in so much energy in what she does.
More so, he drew the attention of people to the fact that Maria stood her ground and refused to involve herself in any situationship in the house which also speaks loudly of her just personality. 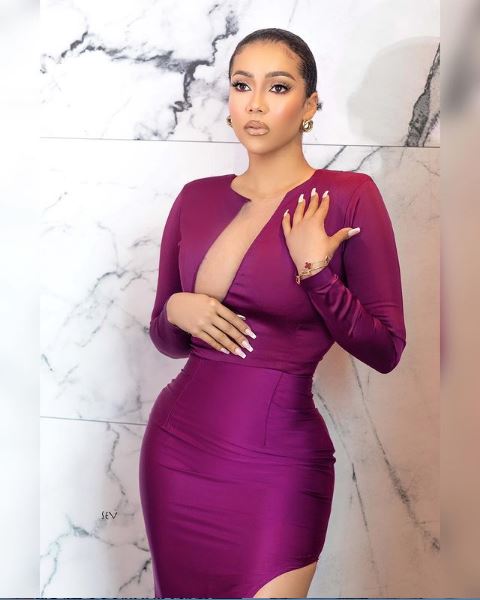 He also affirmed that the problem Nigerians have is that they think that once a lady is light-skinned and beautiful, she can easily get what she wants from any man. He further condemned the tarnish on the image of Maria and his brother, Kelvin

Swipe to watch the video below:

“I’ll buy an investment instead of buying a Bugatti”, Kizz Daniel replies a fan…